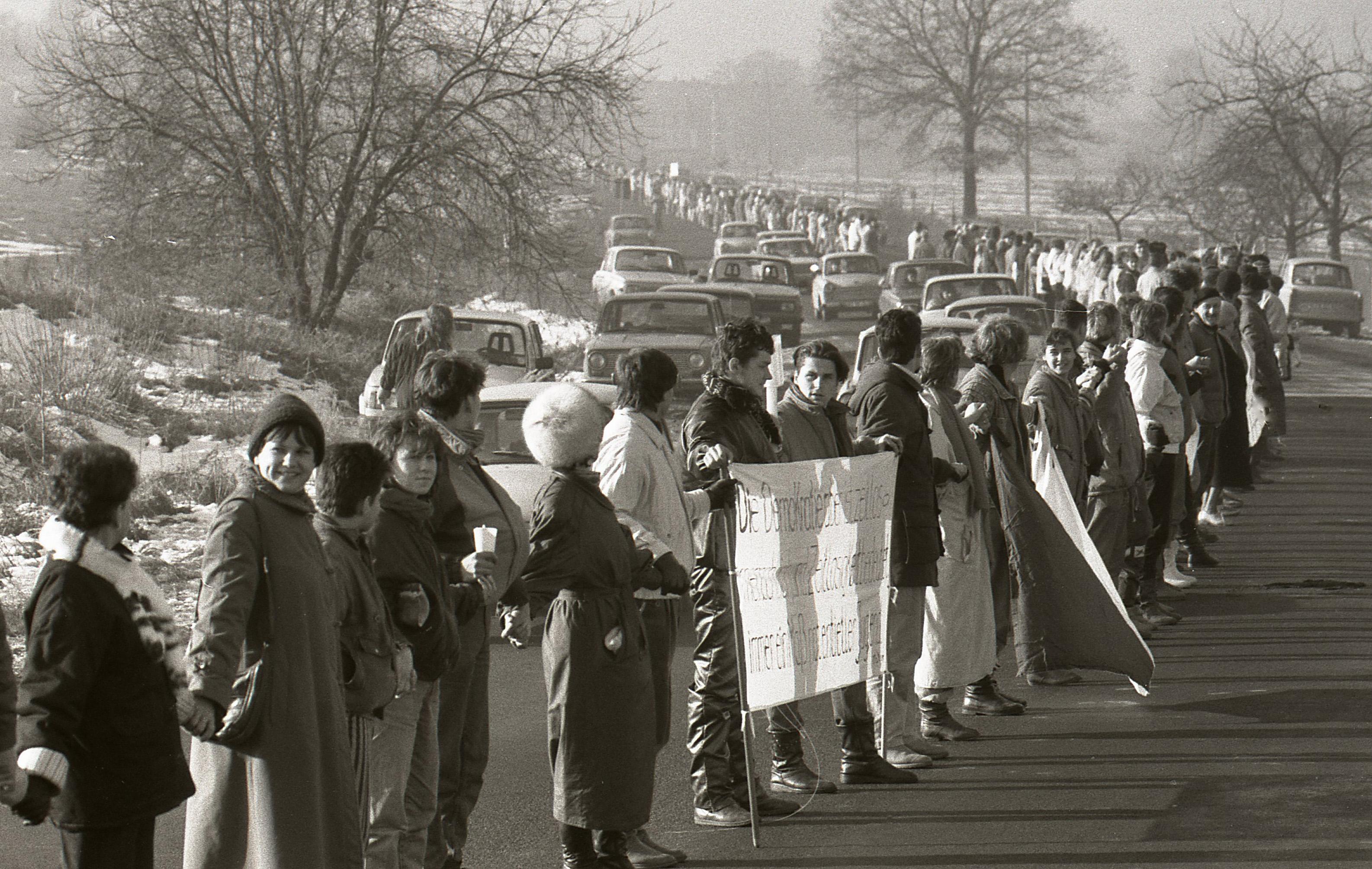 The memorial invites all interested parties to a free visit to the memorial on 5 December 2022. The occasion is the anniversary of the peaceful occupation of the Stasi district administration in Dresden. Visitors have the opportunity to explore the historical site and learn how the state's repressive apparatus attempted to dismantle political opponents.

The Soviet detention cellar takes visitors into the barren cells of the Soviet secret service. From here, many were sent to one of the Soviet labour camps after being sentenced by a Soviet military tribunal.

Photo: Human chain on 3 December 1989 at the exit of Dresden, © Ulrich Häßler